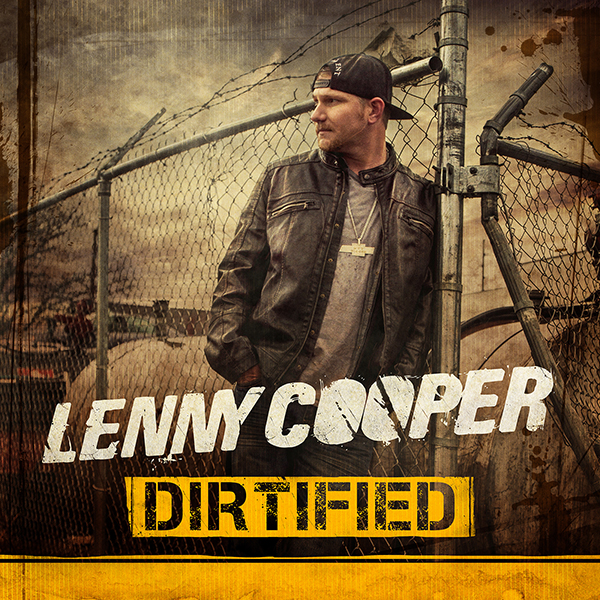 Lenny Cooper was born in Jacksonville N.C. and first came to the attention of many fans while performing on Average Joes co-founder Colt Ford’s Declaration of Independence tour. Although he didn’t have a band or DJ on stage, he quickly connected with fans, who easily relate to such tunes as “Country Folks Anthem,” a track on Mud Dynasty which features AJE labelmate Charlie Farley, and “Adrenaline,” performed with Brian King of the duo the Lacs, also signed to the label. And although country-rap (or hick-hop, or whatever you choose to label this type of music) is gaining solid ground (in spite of all the mud) with countless fans through live events, recorded music and a regular presence on YouTube, it’s nothing new to Cooper, who says that even though classic country music was a presence in his house while growing up, he first gravitated to rap songs at around 9 years old. He started writing at 11 and was recording by age 15. At just 17, Cooper recorded what would not only become an anthem for him but for the entire movement, “Mud Digger.” The song has now spawned four compilations by that same title for Average Joes, and there’s even been a holiday-themed collection called “Muddy Christmas.” At the same time, more mainstream country artists are experimenting with the country-rap combination, including such superstars as Blake Shelton and duo Florida Georgia Line.