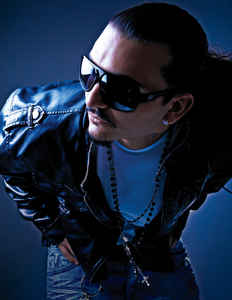 Born in Atlanta Georgia, raised in Central and East Africa, Crucifix spent much of his early childhood bouncing from continent to continent, soaking in a wide influence of music and culture. By the time he was eighteen, he was native to fifteen different countries and fluent in three languages, but it was his unveiling passion for music that would soon take center stage in his life. At the age of twelve he began teaching himself to play the piano, writing and producing his first music, recording from the comfort of his bedroom, making tapes and designing the covers by hand. In 2005 he released his first fully independent and self produced album “My Life’s Prayer”.